Trump Issues Executive Order To Curb Some Parts Of ACA. 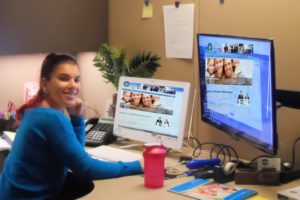 The New York Times  (1/20, Davis, Pear, Subscription Publication) reported that on Friday, President Donald Trump issued an executive order  to government agencies directing them “to scale back as many aspects of the Affordable Care Act as possible, moving within hours of being sworn in to fulfill his pledge to eviscerate Barack Obama’s signature health care law.” According to the Times, the one-page order “has symbolic as well as substantive significance, allowing Mr. Trump to claim he acted immediately to do away with a health care law he has repeatedly called disastrous, even while it remains in place and he navigates the politically perilous process of repealing and replacing it.”

The Washington Post  (1/20, A1, Parker, Goldstein) reported on its front page that the executive order “directs agencies to grant relief to every one of the constituencies affected by the sprawling 2010 health-care law: insurers, hospitals, doctors, pharmaceutical companies and states.” The Post added that while the order “does not identify which of the many federal rules that exist under the ACA the new administration intends to rewrite or eliminate,” it seems “to create room for the Department of Health and Human Services to narrow or gut a set of medical benefits that the ACA compels insurers to include in health plans that it sells to individuals and small businesses.”

In simple English thus far, this only tells us that agencies have the authority to not enforce certain provisions, mandates and penalties of the ACA. Nothing has changed from a legal perspective.  At Total Benefit Solutions, Inc. we are operating at a “business as usual” approach and waiting for further guidance. We will continue to release information about changes as they happen. Our team of professionals stands by ready to assist all of our clients in this time of transition. As always please contact your Total Benefit Solutions, Inc account manager at (215)355-2121 if you have any further questions or concerns.