A brief history of Medicare in America 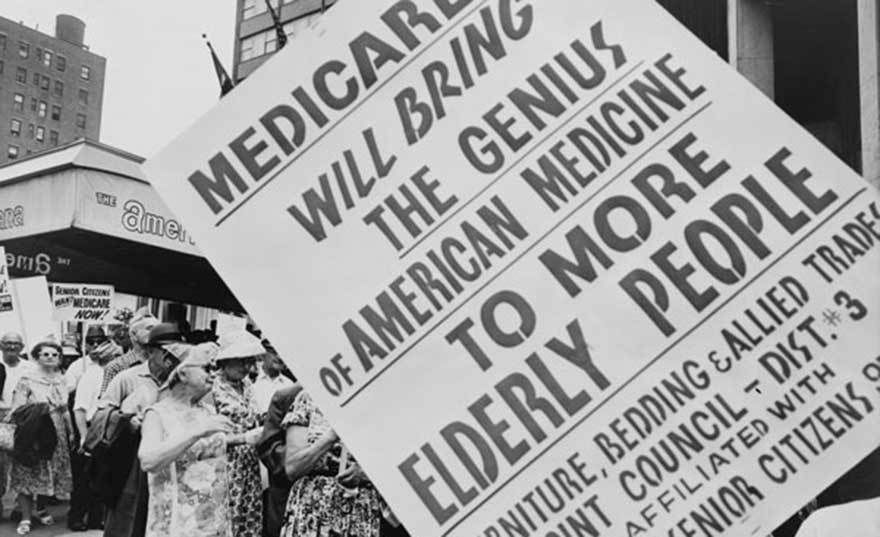 Discussion about a national health insurance system for Americans goes all the way back to the days of President Teddy Roosevelt, whose platform included health insurance when he ran for president in 1912. But the idea for a national health plan didn’t gain steam until it was pushed by U.S. President Harry S Truman.On November 19, 1945, seven months into his presidency, Truman sent a message to Congress, calling for the creation of a national health insurance fund, open to all Americans. The plan Truman envisioned would provide health coverage to individuals, paying for such typical expenses as doctor visits, hospital visits, laboratory services, dental care and nursing services.

Although Truman fought to get a bill passed during his term, he was unsuccessful and it was another 20 years before some form of national health insurance – Medicare for Americans 65 and older, rather than earlier proposals to cover qualifying Americans of all ages – would become a reality.

President John F. Kennedy made his own unsuccessful push for a national health care program for seniors after a national study showed that 56 percent of Americans over the age of 65 were not covered by health insurance. But it wasn’t until after 1965 – after legislation was signed by President Lyndon B Johnson – that Americans started receiving Medicare health coverage when Medicare’s hospital and medical insurance benefits launched for the following 12 months.

Today, Medicare continues to provide health care for those in need. By 2017, there were 58.5 million people receiving health coverage through Medicare. Medicare spending reached $672.1 billion in 2016, which was about 20 percent of total national health spending.

The retirement wave of Baby Boomers was once expected to cause Medicare to become a budget buster, but the Congressional Budget Office is now projecting increases in spending to be much smaller than once thought, thanks in major part to cost savings under Part A that were part of Obamacare. In addition, the Obama administration used the Affordable Care Act to push doctors to collaborate on patients’ medical care and purchase certain drugs and other medical services at more sustainable rates, potentially saving the program billions more – this time under Medicare’s Part B medical benefit.

A brief look at Medicare milestones

People with disabilities have to wait for Medicare coverage, but Americans with ESRD can get coverage as early as three months after they begin regular hospital dialysis treatments – and don’t have to be approved for disability insurance to qualify. This has served as a lifeline for Americans with kidney failure – a devastating and extremely expensive disease.

For more information, view the Kaiser Family Foundation’s comprehensive Medicare timeline As always, if you have any questions regarding your Health Insurance coverage, please do not hesitate to give us a call at 215-355-2121. We will be happy to assist you