Reminder: PCORI Fees Due by July 31 for Employers Sponsoring HRAs and Other Self-Insured Plans 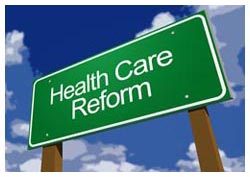 Fees to fund the Patient-Centered Outcomes Research Institute (PCORI) are due July 31 from employers that sponsor certain self-insured health plans, including health reimbursement arrangements (HRAs) that are not treated as excepted benefits. The fee, which is required under Health Care Reform, applies to plan years ending on or after October 1, 2012, and before October 1, 2019.

Reporting and Payment Deadline
Plan sponsors of applicable self-insured health plans are required to report and pay the fee no later than July 31 of the calendar year immediately following the last day of the plan year to which the fee applies. Fees are reported and paid using IRS Form 720, Quarterly Federal Excise Tax Return. The final regulations do not permit or include rules for third-party reporting or payment of the PCORI fee.

Details on how to determine the average number of lives covered under a plan, as well as various examples, are included in the final regulations.