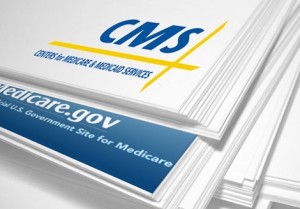 As the Social Security Administration previously announced, there will no Social Security cost of living increase for 2016. As a result, by law, most people with Medicare Part B will be “held harmless” from any increase in premiums in 2016 and will pay the same monthly premium as last year, which is $104.90.

Beneficiaries not subject to the “hold harmless” provision will pay $121.80, as calculated reflecting the provisions of the Bipartisan Budget Act signed into law by President Obama last week. Medicare Part B beneficiaries not subject to the “hold-harmless” provision are those not collecting Social Security benefits, those who will enroll in Part B for the first time in 2016, dual eligible beneficiaries who have their premiums paid by Medicaid, and beneficiaries who pay an additional income-related premium. These groups account for about 30 percent of the 52 million Americans expected to be enrolled in Medicare Part B in 2016.

“Our goal is to keep Medicare Part B premiums affordable. Thanks to the leadership of Congress and President Obama, the premiums for 52 million Americans enrolled in Medicare Part B will be either flat or substantially less than they otherwise would have been,” said CMS Acting Administrator Andy Slavitt. “Affordability for Medicare enrollees is a key goal of our work building a health care system that delivers better care and spends health care dollars more wisely.”

Because of slow growth in medical costs and inflation, Medicare Part B premiums were unchanged for the 2013, 2014, and 2015 calendar years. The “hold harmless” provision would have required the approximately 30 percent of beneficiaries not held harmless in 2016 to pay an estimated base monthly Part B premium of $159.30 in part to make up for lost contingency reserves, according to the 2015 Trustees Report. However, the Bipartisan Budget Act of 2015 mitigated the Part B premium increase for these beneficiaries and states, which have programs that pay some or all of the premiums and cost-sharing for certain people who have Medicare and limited incomes. The CMS Office of the Actuary estimates that states will save $1.8 billion as a result of this premium mitigation.

CMS also announced that the annual deductible for all Part B beneficiaries will be $166.00 in 2016. Premiums for Medicare Advantage and Medicare Prescription Drug plans already finalized are unaffected by this announcement.

To get more information about state-by-state savings, visit the CMS website at

Premiums for beneficiaries who are married and lived with their spouse at any time during the taxable year, but file a separate return, are as follows:

Medicare Part A covers inpatient hospital, skilled nursing facility, and some home health care services. About 99 percent of Medicare beneficiaries do not pay a Part A premium since they have at least 40 quarters of Medicare-covered employment.

Deductibles and Coinsurance for 2016