According to a CNBC report, an estimated 2 million people were adversely affected by bankruptcies due to medical costs. In 2009, President Obama declared that someone files bankruptcies every 30seconds (or  about 1million people are affected per year!). A popular Facebook meme, shown to the left said the number was 643,000 people a year. Healthcare costs make any of these stats seem realistic, but why are they so different?

One reason is that people gather information from different studies made during different years. Even though most of the information comes within the last decade, there are tons of factors that affect our economy. In 2007, 822,590 consumer bankruptcies were filed, but for 2010, during our deep recession, an estimated 1.5million Americans filed for bankruptcy. The good news for our economy is, that in 2016 we saw a huge drop to only 770,846 bankruptcies filed.

Those numbers include ALL bankruptcies though, not just for Medical reasons. So how did people figure the amount of people affected by medical bankruptcy? Obama come up with his 2009 figure based on a calculation from a Harvard study done that same year. It stated 62.1% of all bankruptcies were because of medical bills. Some forms of “bankruptcy” were defined as those who mortgaged their home to pay medical bills, those who had medical bills greater than $1,000 or lost at least two weeks of work due to illness. 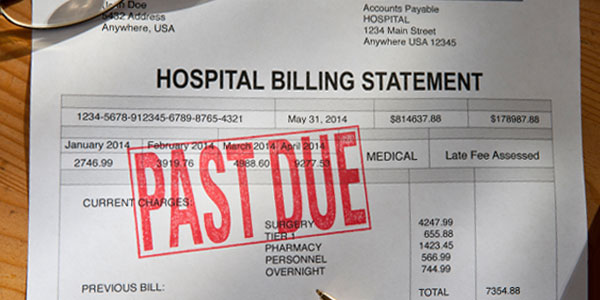 Critics of this Study argued that including those three items aren’t true Bankruptcy cases due to Medical Costs. If you take into account “true” Medical Bankruptcy and those factors listed above, Obama’s calculations were not just a little high, but also scary. With this Harvard study, if you multiply the 1.4 million bankruptcies by the study’s findings of 62.1 percent, and you get 877,372 bankruptcies created by medical bills.

Here are some other Studies that have been done over the years:

In 2013, two studies were done that created wildly different conclusions. The most widely-reported was done by Nerdwallet Health. The researchers based their estimates on the 2009 Harvard study. They excluded the bankruptcies due to job losses from medical problems. The researchers declared that 57.1 percent was more accurate.

Later that year, CNBC reported that medical bills caused 646,812 Americans to declare bankruptcy. CNBC extrapolated that to everyone in their household. The average household has three people, which translates to 2 million people affected.

The Facebook meme summarized the same article to arrive at its estimate of 643,000 medical bankruptcies. 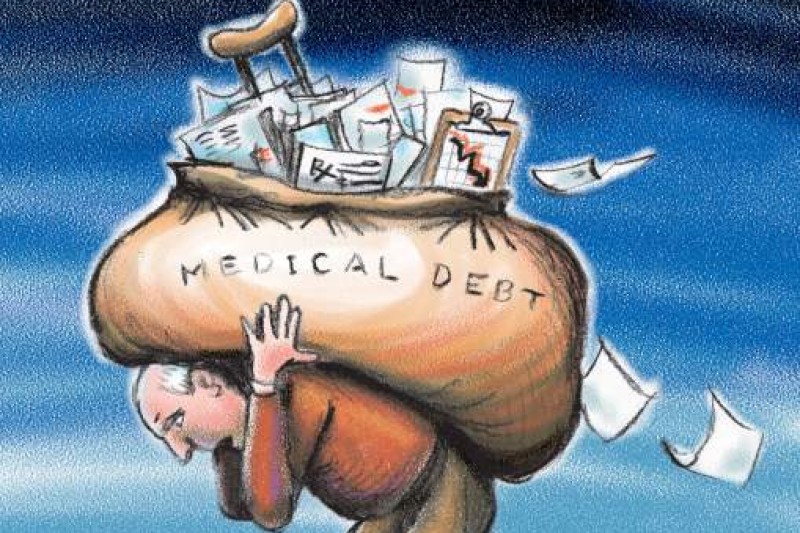 In 2017, Debt.org found that people aged 55 and older account for 20 percent of total filings. That number has doubled since 1994. Even with assistance from Medicare, the average 65-year-old couple faces $275,000 in medical bills during retirement. 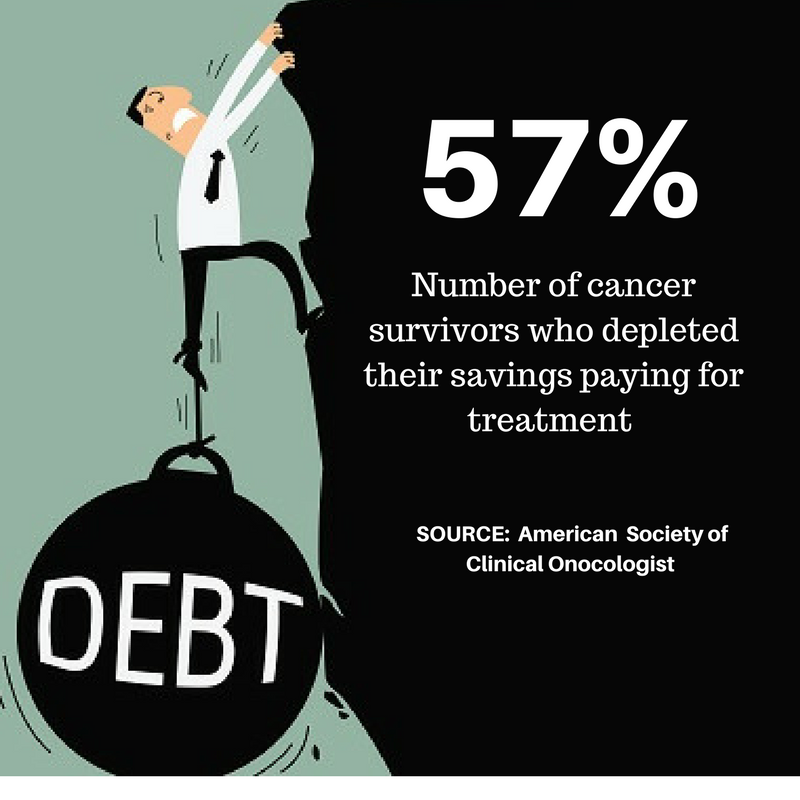 With all these different numbers being thrown around, which one should you believe? The biggest problem in answering the question is that those filing for bankruptcy aren’t required to state the reason. As a result, estimates are based on surveys and it really comes down to what Researchers and the Survey Respondents define “Medical Debt”.

We also have to take into consideration that there are a ton of factors that cause someone to file for bankruptcy. Most people with medical debt have other debt. They may also have low income, little savings, and job losses. That makes it difficult to determine whether the bankruptcy was because of medical debt alone.

So how can we protect ourselves from Medical Bankruptcy? Most research found that people thought they were covered under their medical policies and were not prepared for unexpected illness or accidents. People tend to take a policy with a very high-deductible and coinsurance, thinking they’ll be ok, but realizing once the insurance has to be utilized they can not afford thousands out-of-pocket. The Studies show that one third weren’t aware about in-network vs out-of-network cost differences or that specific treatments weren’t covered, or only covered for 50%. Due to those reasons, 1 in 4 of those who responded had claims denied. What the Research hadn’t looked into was how many Plans cancelled their Subscribers due to a new health condition or raised their premiums to the point of unaffordability. Without Health Insurance and (prior to the ACA) with a new Pre-Existing Health Condition, many people could not get coverage at all. It would be nice to see the percentage of respondents that this had happened to. 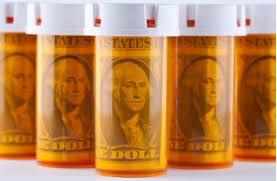 As the research shows, health insurance won’t always completely protect you. Many people were bankrupted by high deductibles, premium rises due to the illness, maximum coverage amounts and other out-of-pocket expenses. As an example, a 2018 a study found that the cost to treat Diabetes is around $16,800 per year, and that’s just the basic treatment. Hospitalizations, surgeries, complications and more severe cases can cost you even more.

So how can you protect yourself? If you have a high-deductible plan, you should have at least the amount of your deductible in a Health Savings Account (HSA). If you had a policy that had no deductible, but then switched to one with a deductible to save money, the thought should be that the money you save each month, should go right into the HSA until you reach your deductible amount. 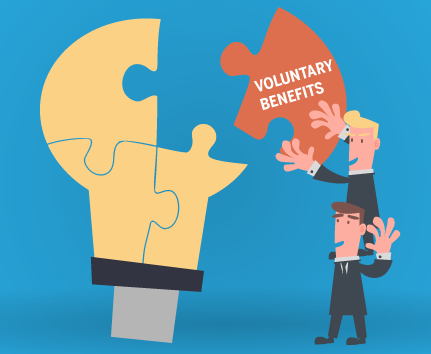 Another smart move would be to get a voluntary insurance policy. These policies pay you cash for specific health issues. For instance, a Cancer Policy would pay you a large sum if you were ever diagnosed with Cancer and then would also pay you for some of the treatments. An illness policy, would pay you if you were admitted to the hospital, went to an ER, and sometimes they’ll even pay you for going to your Preventative Care Visits. A Short Term Disability Policy would pay you a percentage of lost income due to an accident or illness for a set number of months. You wouldn’t have to worry about missing a paycheck. The money the Voluntary Policy gives you is your’s to keep. You can use it to pay your mortgage, groceries or even your medical bills. While they do add onto your monthly premium costs, most people who have them say it’s well worth it to have this extra form of protection.

As you can see, no matter who’s research you decide to use, it is apparent that Bankruptcies caused by Medical Bills is an issue that affects a good portion of the population. While choosing your Health Plans, going with an experienced Broker, such as our Amazing Team at Total Benefit Solutions, can help you choose a plan that offers the coverage and affordability you and your Family or, if a Business Owner, your Employees need. A small mistake choosing a policy can leave you with catastrophic costs. We also offer a wide variety of  Voluntary Insurance policies from the major Companies that offer great coverage at affordable rates to fill in the gaps of your coverage.

As always, we here at Total Benefit Solutions, Inc work for YOU, the Client! Not a specific Insurance Company or the Government. Because of that, we put your best interest ahead of everything else.