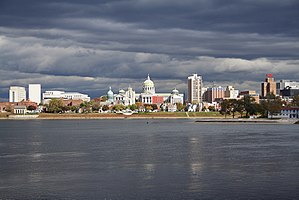 Harrisburg, PA – Insurance Commissioner Jessica Altman today released the 2020 requested rate filings for health insurance plans under the Affordable Care Act, highlighting that consumers in all Pennsylvania counties will now have more options, markets will have greater competition, and average rate increase requests are modest in comparison to some previous years.

“As filed, all 67 counties will maintain the insurers currently offering coverage in 2019 for the 2020 coverage year,” Altman said. “Pennsylvania’s market has seen great increases in competition and choices for consumers in recent years, and the trend will continue into 2020. Based on their proposed filings, Highmark will be expanding into 14 new counties. Two of those counties, Fayette and Greene, previously had only one insurer offering coverage.”

In addition, consumers in Bucks, Chester, Delaware, Philadelphia and Montgomery counties will see one more health insurer offering coverage in the individual market as Pennsylvania welcomes another new entrant, Oscar Health, to our market.

With Highmark’s expanded footprint and Oscar’s entrance, 19 counties will have more health insurance options, once again reducing the number of counties with only one insurer offering coverage to only six. In fact, the number of consumers living in counties with just one health insurer offering coverage in the individual market will fall from just under 180,000 people in 2018 to approximately 9,000 for the 2020 coverage year.

“This administration has taken historic steps toward educating Pennsylvanians about the importance of health insurance and providing increased access to affordable, comprehensive health coverage,” Altman said. “The commitment to promote a competitive and robust marketplace has led to an uninsured rate of just 5.5 percent, the lowest on record in our state.

“More than 1.1 million Pennsylvanians have gained access to health care coverage only available to them because of the ACA. My department is committed to thoroughly analyzing the requested rates to ensure they fulfill the guidelines of our mission to meet the needs and standards of not being excessive, inadequate or discriminatory.

“Overall, the rate filings indicate that Pennsylvania continues to have a healthy and competitive health insurance market and insurers have committed to providing the ACA coverage options Pennsylvanians deserve. Our expanding marketplace encourages consumers to shop around and generates lower costs through competition.”

Much of these proposed rate increases can be attributed to what is called medical trend, the annual increases in costs of medical services and prescription drugs across the country, which is estimated to be between 5 and 8 percent this year. Other factors that fed into rate increases include steps taken by the federal government in recent years to expand the availability of non-comprehensive insurance products, such as Short-Term Limited Duration Insurance (STLDI) plans. Non-comprehensive plans segment the marketplace for consumers and play a role in higher ACA premiums.

Another driver contributing to the rise in rates nationwide is the re-instatement of the health insurance premium tax for 2020. In recent years, Congress imposed a moratorium on the health insurance tax that was enacted through the ACA, that led to a 2 to 3 percent savings on premiums for consumers. Both Governor Wolf and Commissioner Altman requested the tax moratorium remain for 2020 so that consumers could have continued to realize these savings.

“Our goal is to provide a competitive insurance market that presents consumers with choices when it comes to cost and plan offerings,” Altman said. “I am pleased that our individual market continues to demonstrate stability and offer choices to consumers throughout the Commonwealth. Although the final rates are not yet approved and open enrollment is still a few months away, I urge consumers to begin thinking about their current plan and consider shopping around on the marketplace to ensure that they have a plan that meets their needs.”

Rate filings for 2020 health insurance plans were submitted to the Insurance Department on May 21. Proposed rate changes vary by plan and region and are subject to change as the department conducts its review process. Rate requests reviewed by the department for the 2020 plan year are due to the federal government in August, and final approved rates will be made public in the fall.

Earlier this month, Gov. Wolf signed Act 42, an historic reform to health insurance laws that will allow the Commonwealth to run an online exchange operated by the state in lieu of the federal government and to implement a reinsurance program that will help fund some of the highest health care claim costs in the individual market.

For the roughly 400,000 Pennsylvanians buying individual health insurance, this initiative will allow premiums to be an estimated 5 to 10 percent lower than they would have been on the federal marketplace. Pennsylvania’s state-based exchange and reinsurance program is expected to be fully implemented for health insurance coverage that will begin on January 1, 2021, and therefore the impact these programs will have on premiums is not accounted for in the rates currently under review.

Public comment on rate requests and filings will be accepted through August 16, 2019 and can be emailed to ra-in-comment@pa.gov.

Public comment on rate requests and filings will be accepted through August 16, 2019 and can be emailed to ra-in-comment@pa.gov.